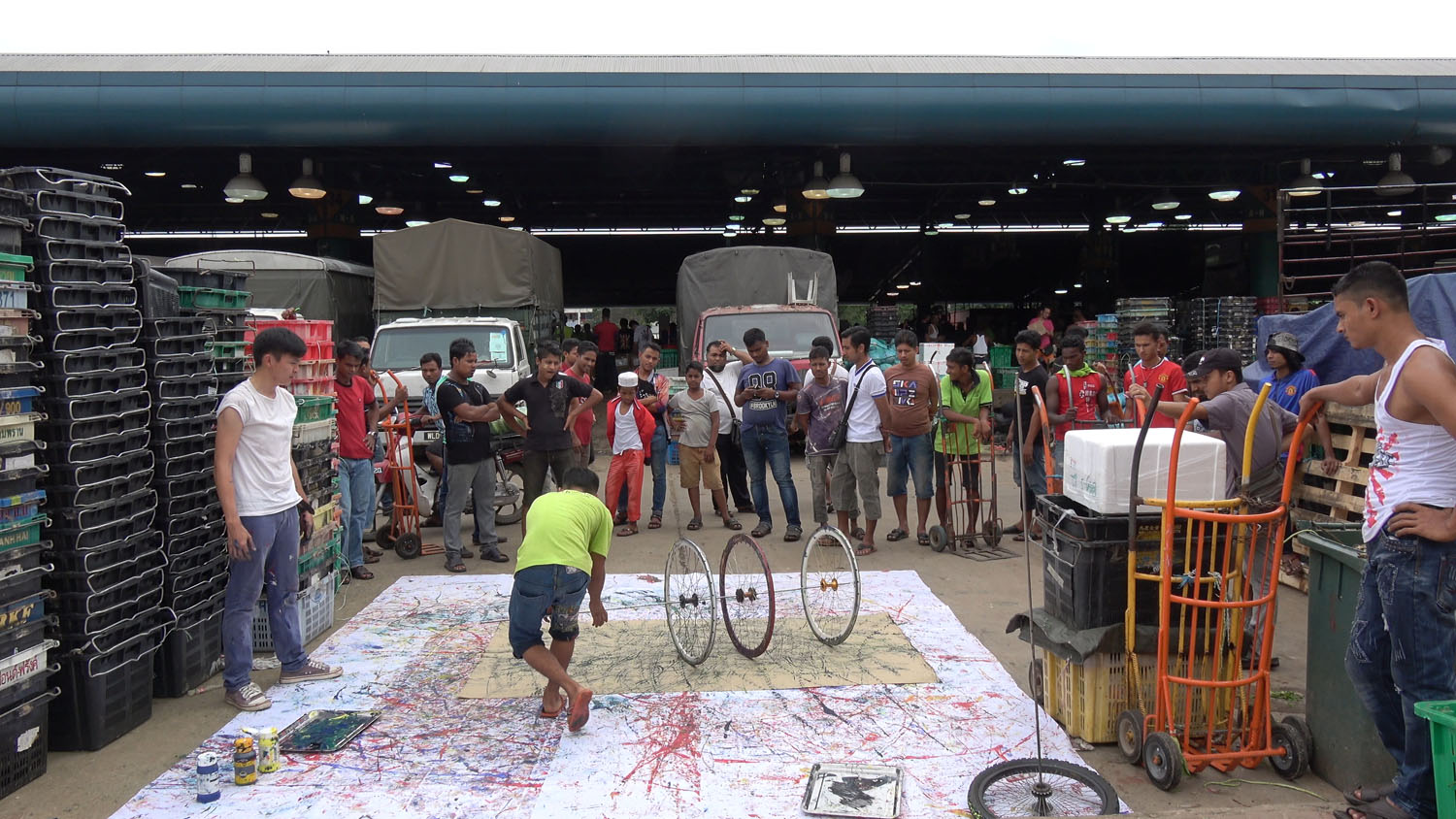 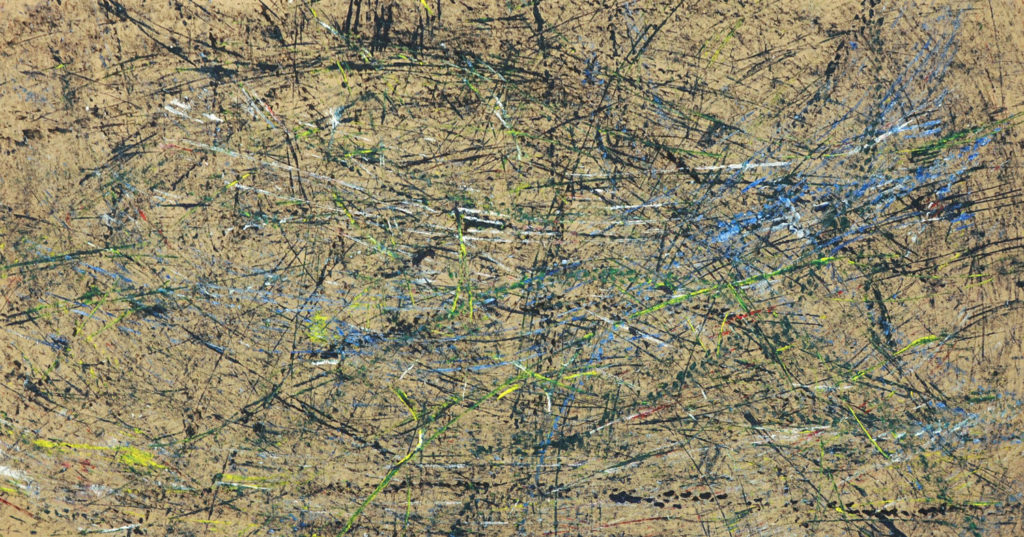 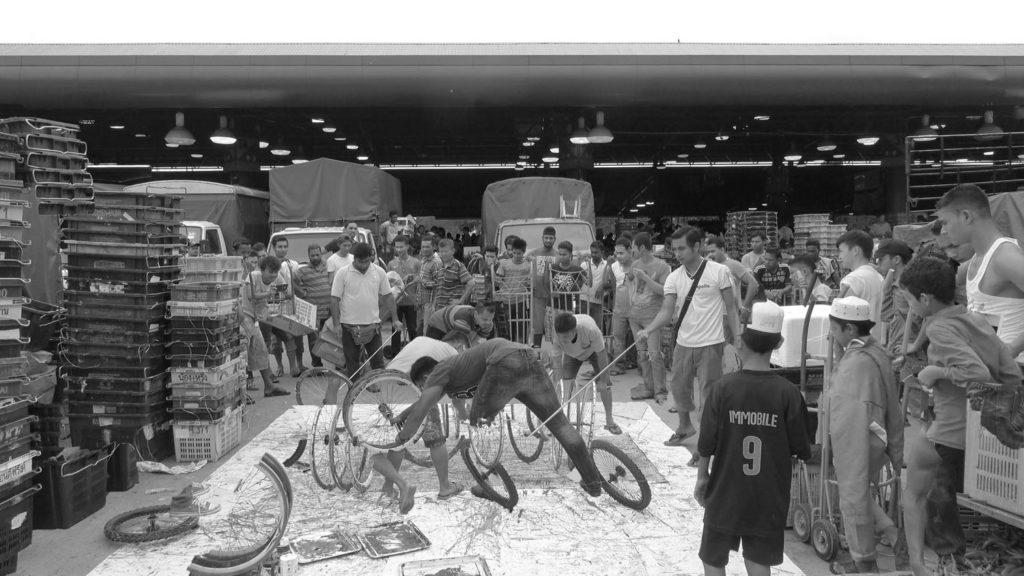 Revisiting a collective art project in which I was a member of whilst in Sarawak, we aimed to bring art-making to children living in the rural areas. My current works are a reinforced idea of such, one which results in an orchestration of “occupying” the streets in Kuala Lumpur. I constructed my own “alien situation”, armed by canvas and wheels for painting, the encounter of art and the experiences of everyday life are invoked through my invitation of by-passers to apply paint on the surface. Replacing the brush, I built a bicycle-trolley-bloomlike tool to be used as a brush, invoking a familiarity of daily labour-acts like sweeping, cycling, pushing and pulling, deeming the act of daily labour as an artmaking process. I sought to breakdown their idea of supremacy in “art” through an experience free of the institutive burden.

Set against the busy streets of Kuala Lumpur, I chose locations where immigrant communities emerged. Being an “alien” to immigrant communities, I occupied “their territory” with a canvas, juxtaposing my identity as a local to the nation and a foreigner to a foreign community, I introduced art as a mediator of the situation. These by-passers, who were initially engaged as observers, were later invited to collaborate as painters. In exchange of their “labour”, they are prompted with a new social interaction through this role-play. The role of chance in this situation, reshuffles and recontextualizes the identity of the “foreigner”, the “labour” and the “painter”. With the regimentation of the wheel as brush, the tracks of colors on the canvas weave a chaotic abstraction like a city map, animating the trace of life while mapping a crowdsourced expression and its interconnection. 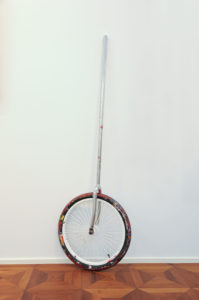